once again I forgot to do yesterday’s post! I need to put this on my “to-do” list.
Yesterday, day 4, I was happy that I have a car that can go on road trips even though it’s a 2002 and has almost 160,000 miles on it. It still goes like a champ!
Today, day 5, I am happy that I get to share my life with the people e love. I’m also happy there is medicine for my Little man that keeps his fever down.
Have a great day! 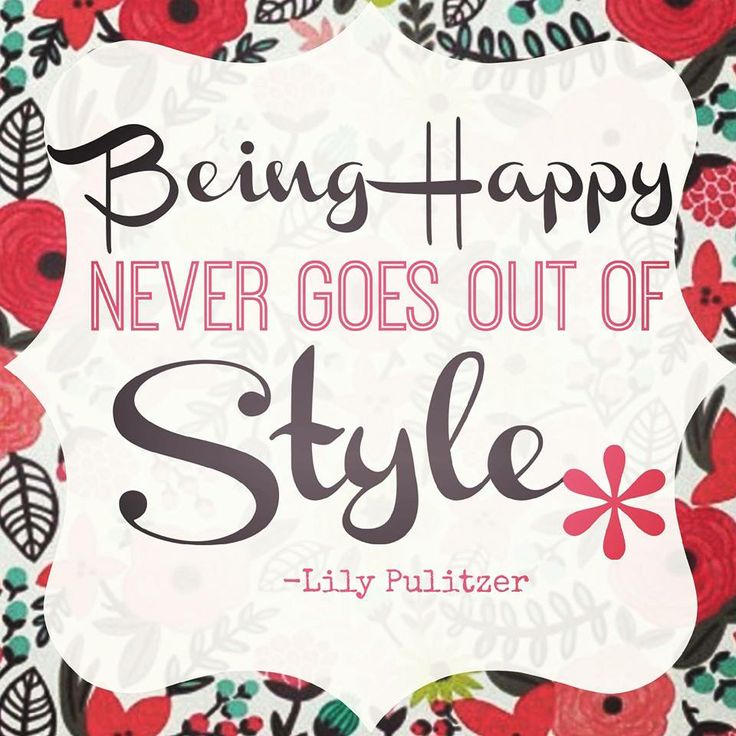 Are you happy? I mean, can you look at your life and reflect on all the things in it that makes you happy? I,myself, have been having a hard time doing that given all of the recent events that have happened in my life. What’s there to be happy for anymore? Well guess what? There’s a lot to be happy for, and I’m going to find at least one thing daily that makes me happy. It can be something as small as a smile from a stranger, to winning the lottery. I’m going to do this!
I first saw this challenge being presented on thisblog. It was about a lady from India was kind of having the same problem. She was just looking at the negative in her life and not all of the positive. I’m not going to tell you a whole lot about her blog post because I think you should click on the link and read it yourself! It’s not boring!
So, starting today I am going to be doing this challenged to find happiness. The very first thing I’m going to be happy about is that my boys are strong, healthy, and smart individuals who ALWAYS know how to put a smile on my face. I love those little and big suckers with all of my heart and will no matter what. I hope they all know this. So, that’s my post for today! Search for the 100 Days of Happiness Challenge and see what you find. Does it look like something you’d be interested in doing with me or on your own?
I’m ready to be happy again. Whose with me?

7 years ago at this time, I was anxious as can be. I was scheduled to have my youngest noodle at 6am the next morning. My bag was packed, but I knew I was forgetting something. I couldn’t eat, nor was I supposed to. I just couldn’t wait for this baby! It was a horrible pregnancy. We had moved from my own duplex into a house that would fit all 4 noodles and us adults. It was a very nice house. We had a chalk board wall, and a magnetic wall. 3 bedrooms, 3 bathrooms, a nice sized laundry room, a family room, and a formal living room, along with a kitchen and an awesome three sided fireplace. Oh and a 2 car garage. At the time it was an awesome price for a rental. The people that were renting it out were a doctor and a dentist and the wife was pregnant. They had a son too. They thought they didn’t have enough room, so they moved into a bigger house. Silly people. So, Brady and Dakota shared a room, and Randi had her own room that she eventually shared with the new noodle, Colton. If my asshole ex hadn’t smashed my computer I would’ve had a picture of us when we were on our way to the hospital. Both of us were so happy and excited that we couldn’t sleep the whole night. We tried. We really did, but you know how it is. It was like the night before Christmas, or the night before the first day of school. So at about 5:30am on the 28th of December, we decided to just go on ahead and go into the hospital. They broke my water at 9:00am and gave me pitocin. The labor wasn’t going very fast.

The contractions were getting stronger so I asked for the epidural. My doctor had told me that as soon as I wanted it I could have it because it didn’t work when I had Dakota, my middle noodle. When I asked for it, the nurse said, “Aren’t you sure you don’t want to try the exercise ball first?” That nurse just about got a fist in her face :). You don’t ask someone whose about to have a baby if they want to go roll around on a big ball!

The anesthesiologist came in and had to try twice to get the epidural in. The first time all I felt was a shooting pain through my neck, head, and hands. It was the worst feeling of all time. The second time he got it in fine, but by that time I had already dilated to 7cm and the epidural didn’t work. Just like with middle Noodle it wouldn’t work 😦 My right leg was numb, once again, but that was it. Finally it came time to push and out came my beautiful baby boy, Colton. He was immediately given to me and I cried. It doesn’t matter how many babies you have. Meeting that little bean for the first time after carrying them for nine months is an unexplainable feeling.

He cried, and he was passed around from person to person. He was beautiful. Still is if you ask me 😉 So, tomorrow he turns 7. I won’t be able to see him, but after the new I received today, we’re going to have the party of the century soon! I will write another post about that.

I love this little boy with all of my heart, just as I do the rest of the kids. I have done so much for this little boy. When he turned one, he turned into a holy terror. He was developmentally delayed, and couldn’t talk. He was so angry that he would hit his head and bite himself and everything you could think of. I took him to two appointments a week. One for his speech therapy, and one for his anger. That was from the time he was one until he turned three. When he turned three he went to school.

He loved school, kind of. He would’ve rather sat at home and watched Spongebob, but for the most part he loved his teachers. I think he had a little crush on one of his teachers. They helped him so much. By the time it was time to start kindergarten, he was completely caught up and on schedule. They had to find a reason to keep him in the program for the last part of the year. Their reason was to teach him to tie his shoes 🙂 Funny stuff.

Anyways, I hope some day you will read this my little noodle. I love you so, so, so, much, and I can’t wait for you to get home. It’s going to be the best day of our lives.

I accidentally missed yesterday’s prompt, but actually I did it the other day because I thought it was the 5th when it was really the 4th. So what should I do? I think I’ll just do the one for the 6th, maybe. Depends on if I like it 😉

Do I consider myself a professional blogger…..  That’ll be easy 🙂 Negative. No. Nope. Not at all. I do this for me mostly because I’m selfish that way. I think to be a professional blogger you have to have more than the wee amount of followers that I do, more comments that I get, and maybe even get paid in some way? If ya’ll want to start paying me, you’re more than welcome to! I would think I would need to have a domain without WordPress in it.

Thank you to everyone that does follow me, and read my crazy thoughts and ideas. I haven’t written about many ideas lately, but I sure do have a whole bunch saved on my phone. I just need to learn how to use power tools and then I can start posting them! I don’t think I’m strong enough for regular tools.

Thank you to everyone that “likes” my posts, for I know they aren’t that interesting. They’re just ramblings of my life which is really boring! I’ve been applying for jobs, so hopefully soon I’ll have a whole new section on the rumors that are going around at work. That would be interesting. I’m also going to be moving after I get that high paying job, so maybe I’ll do a “House Make-Over” section! That’s not totally played out yet. Hey look at me and all my prettiness while you real people have messy houses!

So, since I like to talk about my boring life, I had a not so boring thing just happen. My 16 year old Noodle came home with an attitude and won’t tell me what’s wrong. That’s not like him. He always tells me. I know he hasn’t been taking his medication for depression like he’s supposed to, so maybe that’s it. I sure hope not. He was doing so well. Maybe it’s because he knows about the break up between the bf and me, which I specifically asked for him not to be brought into it. Maybe it’s the weather! That’s been my reason for everything lately. He’s gonna be really mad when he find out I’m leaving after I post this and take a shower. Uh oh. I’ll ask him to go with me. He’ll say no, but at least I asked. I don’t like it when my noodles are sad 😦

I’ve been drawing all day. I’d post it, but I’m not comfortable with it yet. Maybe some day I’ll post a real drawing and not just a Tangle. Tangles are fun though. Everyone sees different things. It’s great! Kind of like looking at clouds and trying to decide if they look like a dog or a heart. I can put one of those on here I suppose. It’s a Duo Tangle. Only two tangles were used and the string is a heart. So, not so much trying to figure out what it is I drew. Sorry guys! Maybe tonight I’ll draw a weird looking one ya’ll can trip out on.

Well, that’s about it for today. The answer to your prompt is no, I’m not a professional blogger, and yes I have a long ways to go to become one. Love you!

Days I Have Been Sober!

All Of These Crazy Thoughts!

I LOVE these people!

How Many People Love Me :)

What The Crazy Thoughts Are About

I can wear his hat anytime. Only me :)
I love this man so damn much!
First time ever walking in tumblegeddon :)
💚💚💚💚💚💚

Want To Find Something

A journey into Cade's world

Crafting in the West Country

The Snail of Happiness

small steps to a kinder world

Writing about love, in all its varieties, for love's sake

Just let me try this

Essays and thoughts on everyday life; from a woman who loves island life and the sea.

My journey, from wine lover to sober and happy...

There are thousands of people over at Soberistas.com supporting one another in achieving a happy and healthy alcohol-free life. You can find out more about joining our online community at soberistas.com

a whisk and a spoon

Inspirational & creative ramblings of a self-confessed geek - Things I like, things I find and things I’m doing.

I Am Begging My Mother Not To Read This Blog
Discover

A daily selection of the best content published on WordPress, collected for you by humans who love to read.

Art created to express thoughts during a difficult time

An online weblog with quite informative, cheerful and inspirational articles for human beings who love travel to India with ardor and make a distinct Lifestyle.